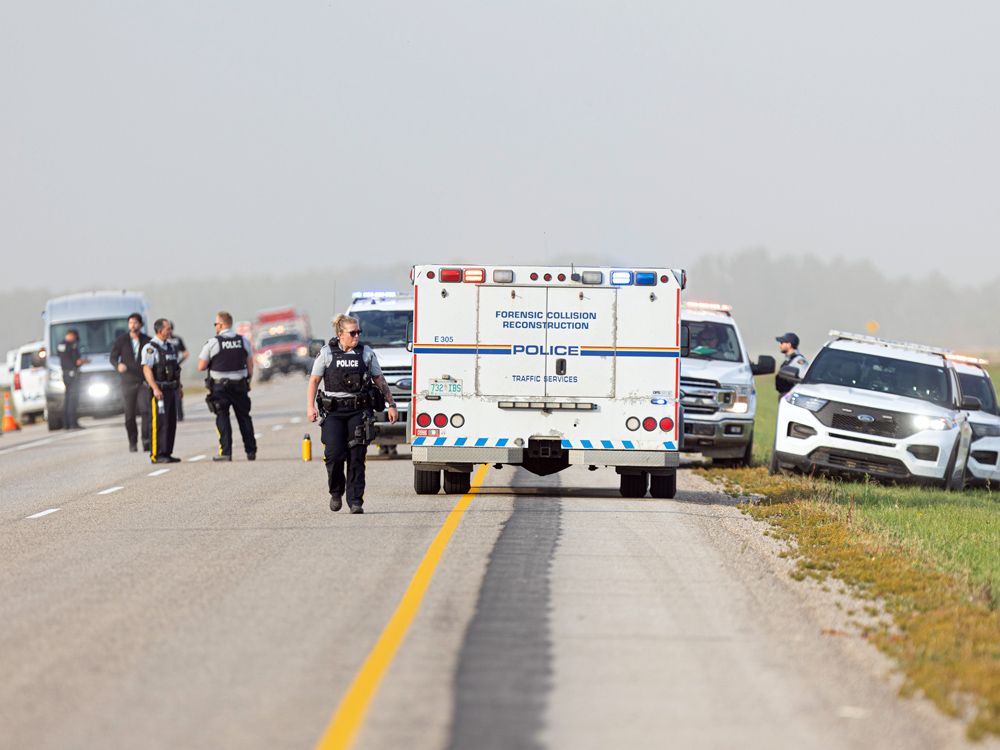 Thursday morning, while keeping up with the news of last weekend’s massacre on (and around) James Smith’s Cree Nation in northern Saskatchewan, I came across a truly remarkable headline from The Globe and Mail “Saskatchewan suspect’s case draws new review of statutory release. I didn’t know whether to laugh or cry at this exercise of the journalistic privilege of agenda-setting. The crimes of Myles Sanderson, who died mysteriously in police custody on Wednesday after stabbing 18 people and killing ten, should “draw new scrutiny” on a hundred different things about the Canadian state and its philosophy of criminal justice. We hardly know where to start with the list.

While Sanderson was at large, reporters were able to discover that he had 59 prior criminal convictions, often for impulsive and grotesque acts of violence. He once had a girlfriend whom he was accused of assaulting in 2011, 2013, 2015 and 2018; he was convicted twice and sentenced to probation both times. In 2015, he stabbed his stepfather Earl Burns, a veteran Princess Patricia, who was also among those he finished off in this week’s rampage. This attack earned him the familiar sentence of two years less a day.

The NP Comment newsletter from columnist Colby Cosh and the editors of NP Comment tackles important topics with boldness, verve and wit. Get NP Platformed delivered to your inbox weekdays by 4 p.m. ET.

In November 2017, he whipped a man with a gun, stomped on his head and had him rob a restaurant with a gun. In April 2018, he stabbed two men with a fork, then came out and beat another person unconscious. In June that year, while being arrested, he kicked a gendarme “repeatedly” in the face and head. This landed him in prison for a sentence technically supposed to last just over four years; he was released in August 2021 under the aforementioned “statutory release” provisions, was incarcerated again after lying to his parole officer about his whereabouts, and was released again in February. In May, he was deemed “unlawfully at large”, having completely escaped his parole officer, but, alas, he was not detained in time to save ten innocent lives.

I necessarily leave a lot of detail out of this summary. (I haven’t even tried to count the number of times Sanderson was very seriously warned to stay away from drugs and alcohol.) What stands out is that the issue of release off the top…well, she doesn’t stand out as a major problem part of the story. It almost goes without saying that the Globe is using a dubious excuse to rekindle a political controversy from the end of the Harper era (often known in central Canada as the Time of Darkness). The Harper government introduced legislation in 2015 to eliminate near-automatic statutory release, which lets criminals escape two-thirds of their usually microscopic prison sentence. We are reminded that under Harper’s bill, who died with the dissolution of Parliament for an election, “anyone convicted of a second federal felony who had previously been sentenced to five years or more for an offense with violence would not be eligible for statutory release”. But Sanderson has apparently never, in his long and gruesome criminal history, been sentenced to prison for up to five years.

Patrick White’s article in the Globe (note: authors do not choose their own titles) continues to reassure us about the seriousness, sobriety and hard work of the Federal Parole Board and how, most time, their decisions do not lead to mass death. I am happy to take this information as given, although if my signature was on a document telling Sanderson “you will not pose an undue risk to society if you are released” eight months ago, I would consider find another career and probably a new name and country.

But there are plenty of complaints here. The parole board did not impose fleeting sentences on Sanderson for repeated acts of fantastical brutality. Even the judges who have slapped him forty or fifty times are bound by informal, collectively created guidelines and are bombarded with Gladue reports when deciding the fate of an Aboriginal criminal. The parole board did not create the philosophy of “reintegrating” criminals into “communities” that they could butcher in a bad mood. They didn’t create “healing lodges” like the ones Sanderson got for his visits. They didn’t sell Sanderson the alcohol and marijuana he started using when he was 12. They weren’t responsible for arresting Sanderson after the probation system lost sight of him. Nor are it their voices that constantly howl against gun ownership in places like rural Saskatchewan.