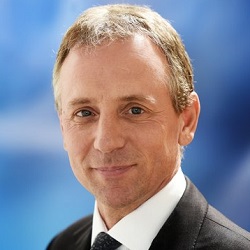 A non-lawyer has failed in his bid for judicial review of a control order imposed on him by the Solicitors Regulation Authority (SRA) six years ago.

In March 2016, Mr Garrett was fired by Newport law firm Louise Stephens & Co, who reported him to the SRA and two months later led to an arbitrator imposing an order under s. 43(2) of the Solicitors Act 1974.

This meant he could not work for a law firm without permission from the regulator.

It was not until September 2020 that Mr. Garrett asked the SDT to review the order and requested funding from the LAA to do so.

The agency denied the request on the grounds that Mr. Garrett’s prospects were poor. On the papers, Madam Justice Steyn refused leave to judicially review this decision.

She separately refused leave for judicial review of the arbitrator’s decision, the £600 costs order and the publication of the order.

Steyn J concluded that the request was grossly out of time with no good reason to extend the time; a statutory review of the order by the SDT was an alternative remedy; the act of publication was irrefutable; and the order for costs was lawful.

Deciding on the new applications for leave, Fordham J acknowledged the confusion until recently at both the SRA and the SDT over the latter’s powers in relation to Section 43 orders.

He ruled in March that the SDT could only check whether the order should have been issued in the first place; it was up to the SRA to decide whether or not to revoke an order on the grounds that it was no longer necessary. There is also a ‘hybrid’ route where the SDT can review an SRA’s decision not to revoke.

The judge ruled that this was a case “in which leave for judicial review is clearly inappropriate, on the mere basis that the plaintiff has adequate alternative remedies” at the SDT.

It was also “a clear case of lack of speed”, he continued, with the reason for Mr Garrett’s delay – relating to an element of the allegations against him – not being a good reason. .

Judge Fordham also found “no arguable grounds for judicial review with respect to publication or charges.”

“The SRA’s publication of the arbitrator’s decision in May 2016 was not even illegal, unreasonable or unjust, or contrary to Convention rights. The court of judicial review would not grant an appeal relating to this act of publication.

“The same applies to the order on costs made by the arbitrator. This was prima facie lawful, reasonable and fair, in light of the applicable Investigation Costs Rules 2011, taking into account the reasoned decision that the arbitrator had rendered. »

The assessment of low prospect of success was based on two particular characteristics: the primary purpose of the order was not punitive but to protect the public, and the fact that it was issued after Mr. Garrett had not failed to respond to the substantiated allegations that had been raised with the SRA, particularly in relation to the company’s office account.

In May 2021, criminal charges against Mr Garrett were dropped when the Crown presented no evidence and he was formally certified acquitted of the 29 counts of theft and fraud he had been charged with in December 2018.

He then reapplied to the LAA and the LAA agreed to fund legal advice and assistance.