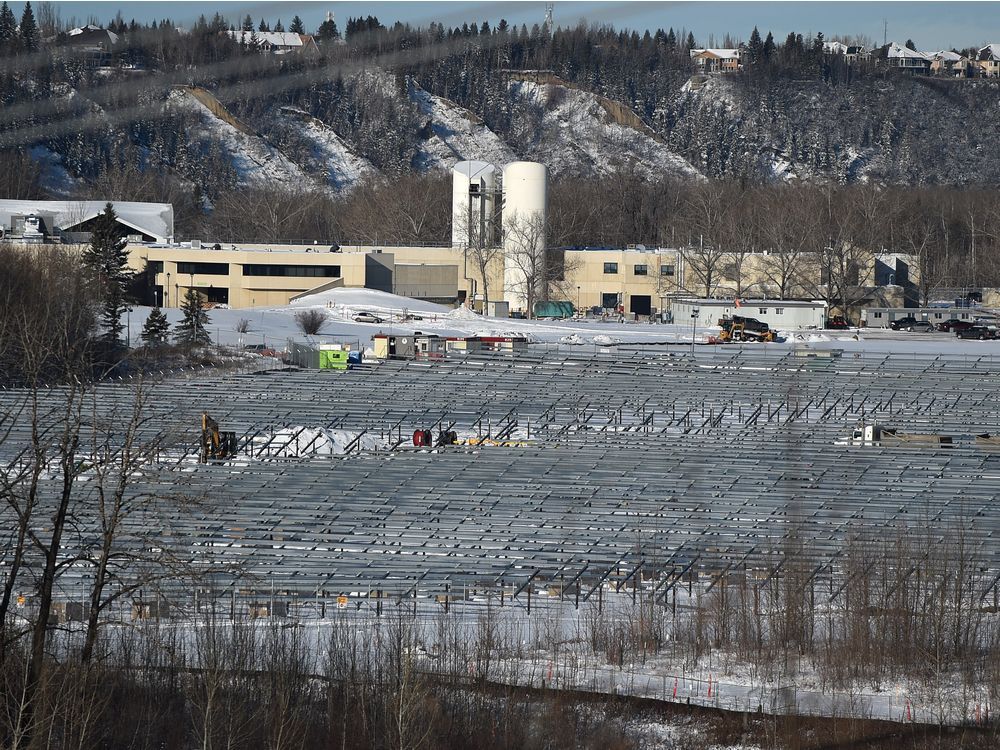 A lawsuit seeking to overturn Edmonton City Council’s approval of Epcor’s 51-acre solar farm project in the River Valley has been dismissed.

In a decision released Thursday, Alberta Court of Queen’s Bench Judge George Fraser ruled that the judicial review brought by the River Valley activists was moot, as the project had already received the proper approvals and could not be undone.

The proposed 45,000-panel solar farm next to Epcor’s EL Smith water treatment plant has long been a bone of contention in the city, with several days of heated public hearings before City Council this topic. The solar farm is expected to generate enough renewable energy to power plant operations and reduce the utility’s greenhouse gas emissions by 20% with the capacity to generate 12 megawatts of electricity.

Council ultimately approved the rezoning of the development by a 7-6 split vote in October 2020. But the Edmonton River Valley Conservation Coalition challenged the decision, launching a judicial review arguing that council failed to follow the appropriate procedures to categorically determine whether the river valley location was critical to the project. The application for judicial review was heard last November.

In his ruling, Fraser said the ruling would only be required if the project was a major public facility or if the city was investing money in the project and he found no factors to meet. The coalition also took issue with the council’s focus on financial benefits when making decisions and not on social or environmental impacts. But Fraser said it was not his role to determine how councilors should base their vote and it was up to them to weigh all the factors as they wished.

“Councillors are elected politicians. Many factors are likely to be taken into account before any vote is taken. These may include the wishes of the voters who elected the councilor and may also include the councilor’s view of what is best for the community,” Fraser said in his ruling.

“It may be true that the financial benefits of the project were prioritized over other considerations. Nothing in the regulations requires equal weighting of factors. Advisors were free to assign whatever weighting they wished to each of the factors. If the electorate doesn’t like the counselor’s perceived weighting, they can show their displeasure at the ballot box.

Environmental concerns with the project swirled around council debate with an assessment predicting that 48.6 acres of wildlife habitat would be eliminated as a result of the project. The solar farm and surrounding fencing is also expected to reduce connectivity for wildlife and increase the risk of death or injury from collisions with the panels and endangerment.

In response to the ruling, coalition chair Kristine Kowalchuk said the organization was disappointed and was considering all of its options, including an appeal.

“The wording of the decision, however, makes it clear that this matter is serious. The issue underscores the need for the City of Edmonton to undertake administrative changes to better protect our river valley,” Kowalchuk said in a statement.

Despite the judicial review, construction of the project was already underway after council approval. Epcor said the project is expected to be completed by spring and construction is underway. In order to install the solar panels and ensure sufficient sunlight, two stands of trees and large shrubs had to be removed, but Epcor said it will replace the trees removed during the construction process and add 7.4 additional acres of plants and trees in the surrounding area.

If the solar farm produces more energy than the plant can use, any excess will be stored in the backup system or re-exported to the power grid.

Sign up to receive daily news from the Edmonton Journal, a division of Postmedia Network Inc.

Thank you for your registration!

A welcome email is on its way. If you don’t see it, please check your spam folder.

The next issue of Edmonton Journal Headline News will soon be in your inbox.