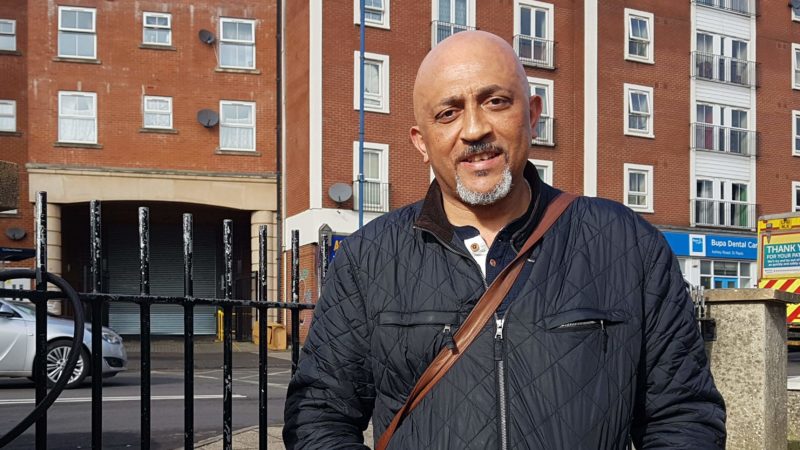 The urgent need to address racial disparities in the criminal justice system in Avon and Somerset has been highlighted in a major new report.

Stop and search, juvenile justice, extrajudicial alienations, prisons and the justice system are covered by the 83 recommendations made by Desmond Brown, who chaired the review for the area of ​​force.

The culmination of more than four years of work, the report follows the 2017 Lammy Review, which painted a grim national picture of disproportionality in treatment and outcomes for people of different ethnicities.

It is designed to serve as a catalyst for proactively resolving existing issues using the Lammy “explain or fix” principles.

When releasing the report, Brown said some of the recommendations were already being implemented, but warned there was still a lot of work to be done in the region.

“One of the things that has alarmed me the most is the data available,” the Lammy Group’s review chair told Bristol24/7.

“It was really disappointing that five years after Lammy we are still struggling with data. It suggests to me that people don’t really take disproportionality seriously.

Brown said that to effectively address racial disparities and implement positive change, the work must also be properly funded.

“The data speaks for itself,” he added. “Lived experiences are key – qualitative and quantitative data must be gathered and we must believe people’s stories.”

The report was compiled by members of the Avon and Somerset Lammy Review Subgroup, chaired by Brown, which was established in February 2018. The aim was to bring together local criminal justice system partners to examine the Overall systemic effect of producing differences in outcomes for various ethnic groups within the region’s criminal justice system.

The document refers to the disparities experienced by people of different racial and ethnic backgrounds while recognizing that no one term can encompass all the lived experiences of all people.

It establishes racial disproportionality in those targeted by police for stop and search, school exclusions, out-of-court arrangements – which refers to a range of options available to police to use in some cases as an alternative to prosecution – and a lack of diversity in the force, among others.

Read more: A leap of faith to break the cycle of crime

Maya Mate-Kole, of Golden Key and the Bristol Racial Equality Commission, led the youth justice side of the report.

“The level of disproportionality experienced by black and minority youth across the criminal justice system, from first contact with the police (i.e. stop and search), court outcomes, detention experiences to recidivism is a significant concern and clearly requires a proactive and strategic approach to addressing it,” Mate-Kole said in his conclusion.

“The urgency to address these issues and implement the recommendations cannot be understated, we cannot lose sight of the fact that every day black and minority youth are lost to the criminal justice system, abandoned by institutions, at an immeasurable cost to families and the wider community.”

Andy Marsh said he hoped the report would inform and accelerate this change – photo: Ellie Pipe

In the foreword to the report, Andy Marsh, chief executive of the College of Policing and former Chief Constable of Avon and Somerset Police, acknowledged the need for black communities to feel protected, respected, involved and appropriately represented within the police, as well as throughout the criminal justice system.

“We know this needs to be addressed if we are to see any improvement in the significant trust deficit that exists between Black communities and the police forces that serve them,” Marsh said.

“Agencies must take responsibility for the findings of this report, but improvements will be faster and more meaningful if done in partnership with Black communities. Transparency and openness in themselves can be an antidote to distrust, but they are insufficient unless they are also accompanied by meaningful change and reform. I hope this report will inform and accelerate that change.

Read the full report via www.avonandsomerset-pcc.gov.uk/wp-content/uploads/2022/01/Identifying-Disproportionality-Report.pdf

Read more: School exclusions: Young people at risk of falling through the cracks

Listen to the latest Bristol24/7 Behind the Headlines podcast: