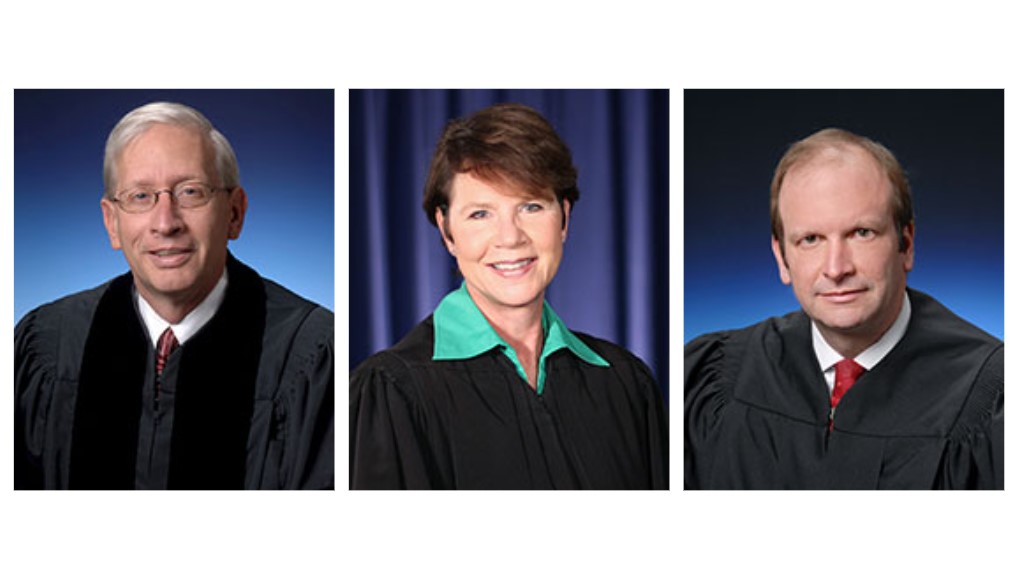 The argument of the three dissenting Republican Supreme Court justices against the anti-gerrymandering opinion issued by the court 4-3 on Wednesday appears to be: Republican politicians are allowed to rig the game in their favor against the will of voters in the Ohio and in violation of the Ohio Constitution, and the Supreme Court of Ohio has no power to arrest them.

In the ruling, the court’s four-judge majority ordered redrawing of Ohio House and Senate maps that were approved along partisan lines 5-2 in September by the Ohio Redistricting Commission, judging that the cards do not meet voter-approved standards against supporters. gerrymandering in the Ohio Constitution.

The majority ordered that new maps be submitted within 10 days, and they also retained the power to review those new maps. The deadline for submitting partisan candidates for the 2022 elections comes in three weeks, on February 2.

In 2015, 71% of Ohio voters amended the state constitution for Statehouse redistricting reform demanding an end to partisan gerrymandering.

An average drawn from 16 statewide partisan elections over the past 10 years shows a 54 to 46 Republican-to-Democrat political split in Ohio, directly mirroring the 1.9 million to 1.6 split. million registered Republican to Democrat voters in Ohio.

Nonetheless, in September, Republican politicians in Ohio awarded themselves continued supermajorities, with a House split of 62 seats to 37 Dems and 23 to 10 in the Senate, according to their own numbers. Dave’s redistricting application called for a 65-seat GOP supermajority in the House.

It’s gerrymandering. It’s cheating, and it poisons everything.

But three Republican Ohio Supreme Court justices would reject the power of the judiciary to hold politicians accountable for upholding the Ohio Constitution and voter demands to end gerrymandering.

“This court has no right to require by judicial order the adoption of a new district plan for the General Assembly,” Judge Sharon Kennedy wrote in her dissent, joined by Judge Patrick DeWine, who refused to recuse himself from the case despite the fact that his father, Ohio Governor Mike DeWine, is a defendant as a member of the Ohio Redistricting Commission and voted for the gerrymandered cards.

In voting for the gerrymandered maps, Governor DeWine said he wasn’t “judging” the maps one way or another, what he said is up to the Supreme Court of Ohio to do. Now these three Supreme Court justices, including his son, say it’s not up to them.

To say that the Supreme Court of Ohio “has no right” to uphold the Constitution of Ohio on such a fundamental issue of democracy for our Republic, when the maps were created jointly by the other two branches of government, is a strange and absurd argument coming from some of the highest members of the state judiciary.

Judges do not often argue that they themselves are powerless against the legislative and executive powers.

Justice Patrick Fischer took this basic nonsense a step further in his separate dissent, saying the majority opinion invalidating the gerrymandered maps “undermines trust in this court” and “the resulting lack of citizen support will harm the judicial branch of the Ohio government for generations.”

Fischer claimed that if they disliked gerrymandering, voters could simply vote against gerrymanderers every four years. He seems blissfully unaware that it is impossible for voters in rigged constituencies to do so, which is the whole point of gerrymandering: voters cannot reject politicians who refuse to represent their interests because politicians have rigged constituencies so that they cannot be voted on. outside.

Chief Justice Maureen O’Connor was the deciding vote in that decision, and her commitment to this issue fundamental to the ideals of the Republic should be applauded throughout Ohio.

Interestingly, in her concurring opinion, she pointed to the dysfunctional redistricting process presented to the court and reminded voters that they “should understand that they have the power to amend the Ohio Constitution again to ensure that partisan politics is removed from the drawing of the Ohio Senate and House Quarters which takes place every ten years. …

The Ohio Republican politicians involved in the gerrymandering of Ohio’s districts have fully shown that they have no desire to reject partisan politics and uphold their oaths to the constitution and to the voters.

And now three Ohio Supreme Court Justices have also shamefully abdicated their responsibility to the Ohio Constitution and the voters.

Either they don’t understand the essential role of the court in controlling partisan politicians who mislead voters with gerrymandering, or they don’t care and are themselves engaged in a quest for partisan political power rather than constitutional jurisprudence.

So spare me the hysteria of undermining trust; 40 years of gerrymandering culminating in this whole masquerade of partisan hacking on the constitution has already done a lot.

But four elected officials from across the state of Ohio ultimately upheld the Ohio Constitution on this crucial issue. This could be the start of restoring some of that trust.

Get morning headlines delivered to your inbox

2022-01-13
Previous Post: High Court rejects McCloud judicial review of police officers – DB & Derisking
Next Post: What are the judicial review proceedings that Harry wants to bring against the Home Office?