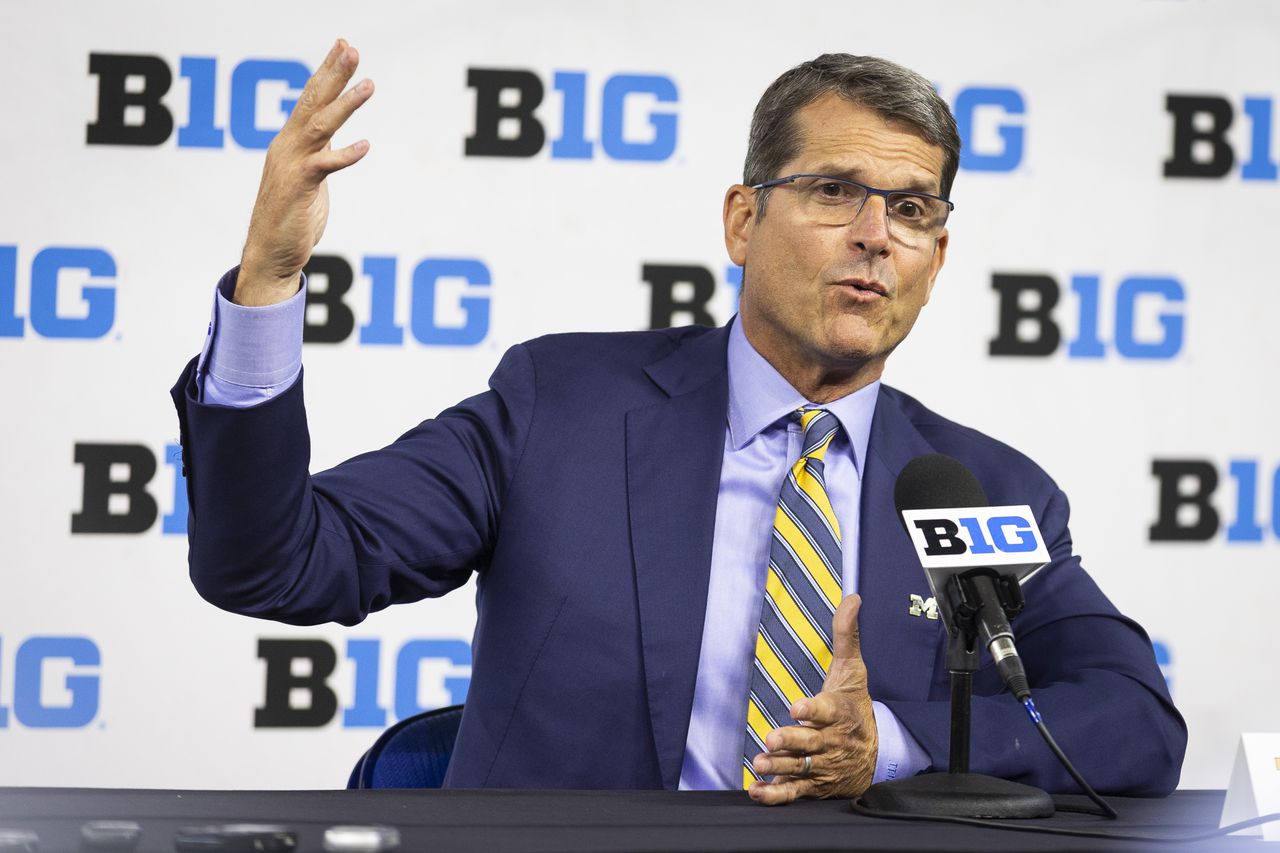 Jim Harbaugh will return to the nation’s capital this week to continue his advocacy for fairness in the legal system for low-income Americans.

Michigan’s head football coach will join politicians and business leaders on Thursday, April 28 in Washington, D.C., for the release of Legal Services Corporation’s latest study on the perceived ‘justice gap’ by the country, which the nonprofit says has been exacerbated by the recent COVID-19 pandemic.

According to LSC, “Millions of Americans struggle with civil legal issues every day. These often involve their most basic needs, such as safe housing, access to healthcare, childcare and protection from abuse.

But, notes LSC, “LSC-funded legal aid agencies do not have adequate resources to meet the demand in the communities they serve. Instead, most low-income Americans are forced to “go it alone” without sufficient access to legal information, advice, or representation.

It’s a cause Harbaugh first tackled in 2017, when he joined LSC’s board of directors after attending a forum that alerted him to the number of Americans unable to afford representation. legal. Harbaugh has since called it a “fundamental fairness” issue.

Harbaugh has long been friends with attorneys — he once appeared on an episode of “Judge Judy” — and even showed up in Genesee County probate court in the summer of 2017 to help with the proceedings.

On Thursday, he will join a group advocating for more funding for LSC.