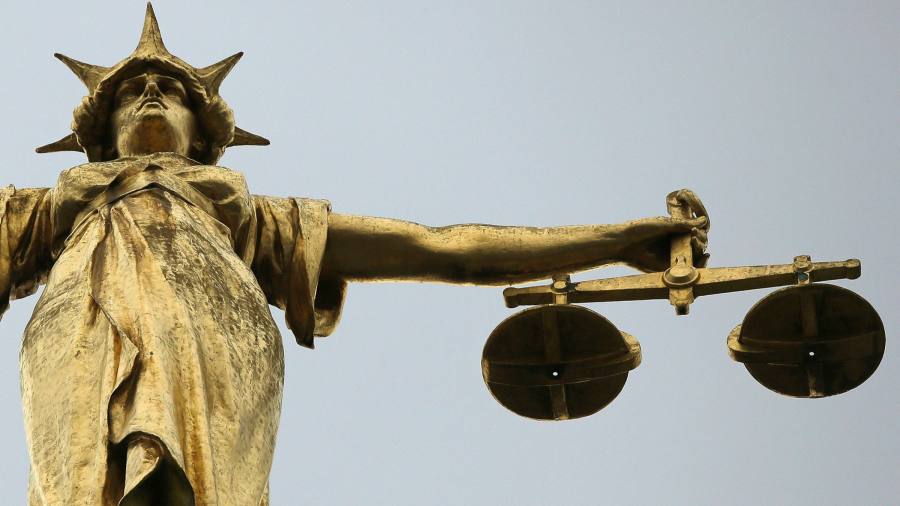 Government proposals for a new law to limit the powers of judicial reviews could “eviscerate” and “eviscerate” legal challenges and hamper the courts’ power to hold ministers to account, say members of the legal profession.

Last week’s Queen’s Speech contained details of a Judicial Review Bill aimed at ‘restoring the balance of power between the executive, legislature and courts’. Government officials said the goal was “gradual constitutional restoration, not revolution”.

Judicial review, which allows government decisions to be challenged in court, has been in the crosshairs of some Tory MPs since the Supreme Court ruled in 2019 that Prime Minister Boris Johnson acted unlawfully by proroguing Parliament for five weeks.

The Conservative party’s 2019 election manifesto promised to examine possible reform and ensure that judicial review is not misused or “abused to do politics by other means”.

The government has faced a number of legal challenges in recent months over its awarding of contracts during the Covid-19 pandemic. On Tuesday, he faces a high-profile lawsuit from the Good Law Project over his decision to award £650million in personal protective equipment contracts to three companies, which the campaign group says breached its transparency obligations.

The announcement of the bill came two weeks after Lord Chancellor Robert Buckland closed a public consultation on the process. And while the details of the upcoming bill, which will be published by the end of July, are not yet clear, the legal profession and campaign groups have raised concerns.

An independent panel led by Lord Edward Faulks, a former justice minister, concluded in March that only modest changes were needed for judicial review.

But the government used the Faulks report as evidence to pursue its own consultation considering deeper reforms in England and Wales, which “were not recommended by the [Faulks] panel” but would “complement” them.

Buckland’s allies said he was considering how to proceed before detailed legislation is released. But they insisted the minister was listening to the concerns of the legal profession.

I. Stephanie Boyce, president of the Law Society, said the most controversial proposals presented in the consultation “would allow unlawful acts by government or public agencies to remain untouched or untouchable” and “risk disempowering citizens.” “.

Liberty, the rights group, said in its response to the consultation that the government appeared to have “misinterpreted” Faulks’ findings “in order to provide cover for its proposed reforms” and said it appear to be “part of a concerted effort to evade both political and judicial scrutiny”.

Faulks told the Financial Times his panel concluded the judicial review did not need to be substantially changed – despite a handful of high-profile court rulings. “There were one or two decisions that we found wrong by the higher courts, but we didn’t think there was a need for a radical change in judicial review. . . ” he said.

Sir Jonathan Jones QC, former head of the government’s legal department and now a senior consultant at law firm Linklaters, said he believed from the details given so far that the government may not be considering not to go much further than Faulks’ review, but cautioned that much will depend on the details of the bill.

“There was a feeling that the government had an appetite for more radical reform and it is still consulting on further changes. If prosecuted, they could be concerning,” Jones said.

It seems that the proposed reforms are procedural and quite minor but . . . could absolutely nullify judicial review and deprive him of the power to hold the government to account

The government consultation contained a number of proposals that were not recommended by Faulks. These include introducing limits on previous compensation paid to people who have won a legal challenge.

Assistants to the Justice Secretary said he was considering whether judges should have a ‘range of options’ – including ordering retroactive compensation – when deciding appeals. A harsher alternative would see a presumption in favor of only prospective compensation.

But Faulks said allowing judges to only offer forward-looking solutions “would have to be looked at very carefully” and that the government’s proposals “could potentially go too far in the other direction”.

Jones warned that the proposals on prospective remedies alone “could cause serious injustices, because the plaintiff would not obtain compensation for the damages he has already suffered or the benefits he has been denied.”

Other non-Faulks proposals contained in the consultation included a toughening of the “opt-out clauses” used in the primary legislation. These controversial clauses — which have been in parliamentary statutes for more than 70 years — prevent the courts from reviewing the decision-making process of government bodies.

The 2016 judicial review brought by businesswoman Gina Miller challenging the government over whether Parliament should trigger the Article 50 EU exit process and the 2019 judicial review over the decision to proroguing Parliament for five weeks may have made headlines, but most judicial reviews do not. deal with constitutional issues. Instead, they involve individuals challenging decisions made by government or local councils regarding their entitlement to social benefits or welfare. 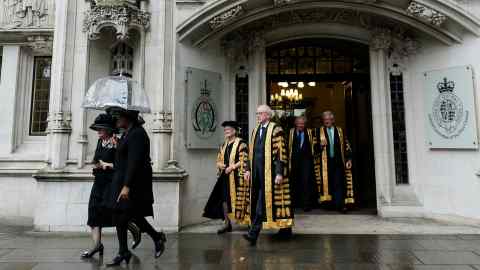 Catherine Callaghan QC, vice-president of the Constitutional and Administrative Law Association, said of the consultation proposals: ‘It appears that the proposed reforms are procedural and quite minor, but they are fundamental and important and could absolutely drain the judicial review and stripping it of the power to hold the government to account.

The consultation alarmed academics. Mark Elliott, professor of public law at the University of Cambridge, called the consultation proposals “astonishing” and said they risked “eviscerating judicial review”. Writing on the Public Law for Everyone website, he said “the proposals are nothing more than an attempt to launch an assault on judicial review under the guise of promoting the rule of law. Even in the post-truth era, such constitutional gaslighting cannot be allowed to go unchallenged.

Buckland’s consultation included Faulks’ two main recommendations: that Upper Tribunal cases – often involving immigration – should not be appealed to the High Court and that judges should be able to delay the reversal of a government decision, which would give the government time to rectify policy errors.

Ministers are keen that a major project – for example a new motorway – is not suspended for months or more simply because a judicial review has identified a “technical error” in an impact assessment.

The Department of Justice said: “The government is committed in a manifesto to ensuring that the judicial review process is not open to abuse or delay, or used to play politics in other ways. . This bill delivers on that commitment and its actions will be informed by the responses to our consultation.