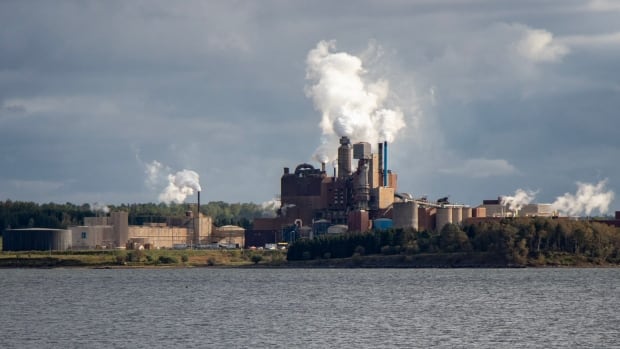 The company that owns the mothballed Northern Pulp plant is launching a new legal action as part of its effort to resume operations.

Northern Pulp officials filed a formal appeal Tuesday with Nova Scotia Environment Minister Tim Halman regarding its environmental assessment mandate, as well as a judicial review application to the Nova Scotia Supreme Court. -Scotland, regarding its proposal for a new effluent treatment facility.

In a letter to Halman dated April 12, 2022, a company official writes that he wants certain provisions of the terms of reference to be deleted or revised on the grounds that they “impose conditions that cannot be met”; are “too indefinite, vague or uncertain”; and/or are “unrealistic and otherwise unreasonable”.

The minister must remain impartial

In particular, the company contests the fact that the terms of reference do not specify strict objectives linked to the limits of effluents and emissions. The province has previously said these targets will come as a result of the proponent’s efforts to determine the overall impact of its project.

“Leaving many conditions without proper definition leaves Northern Pulp vulnerable to scope drift and the department may conclude later and without notice that the necessary work has not been completed,” writes Dale Paterson, environmental assessment project manager. of Northern Pulp, in the letter to Halman.

A provincial government spokesperson said Halman would not comment because it “must maintain the integrity and impartiality” of its role as the province’s independent regulator.

“That means remaining neutral and not commenting on this specific environmental assessment process or on the issues the company has now brought before the regulator and the courts. The regulator’s comments could potentially endanger , or be perceived as such, the integrity of the regulatory and appeals process.”

The judicial review application is the company’s latest court appearance as it seeks to restart the plant which was forced to close in 2020 after the company failed to gain approval for a construction project. new effluent treatment facility.

The company is suing the province for $450 million in the Supreme Court of Nova Scotia for damages and lost profits in connection with the government’s decision to end Northern Pulp’s lease to use Boat Harbor to treat its effluent 10 years earlier. Last week, the province introduced amendments to the Boat Harbor Act which Justice Department officials say seek to clarify that the government cannot be held liable for closing Boat Harbor to effluent.

Meanwhile, a B.C. Supreme Court judge recently sided with the company to force the province into non-binding arbitration in what officials at parent company Paper Excellence said was a stage intended to reach a settlement rather than proceeding with the trial. Government lawyers said they were “drawn into” this process.

Premier Tim Houston told reporters at Province House on Tuesday that the company is free to pursue whatever options it wishes, but is sticking to the provincial assessment process, which he says is intended to ensure the safety of people and protect the environment.

“I guess one thing Northern Pulp has shown is that they like to rely on the legal process,” Houston said.

“Any business, Northern Pulp or anyone else who wants to operate here must meet terms acceptable to Nova Scotians and we will hold them to that standard for sure.”