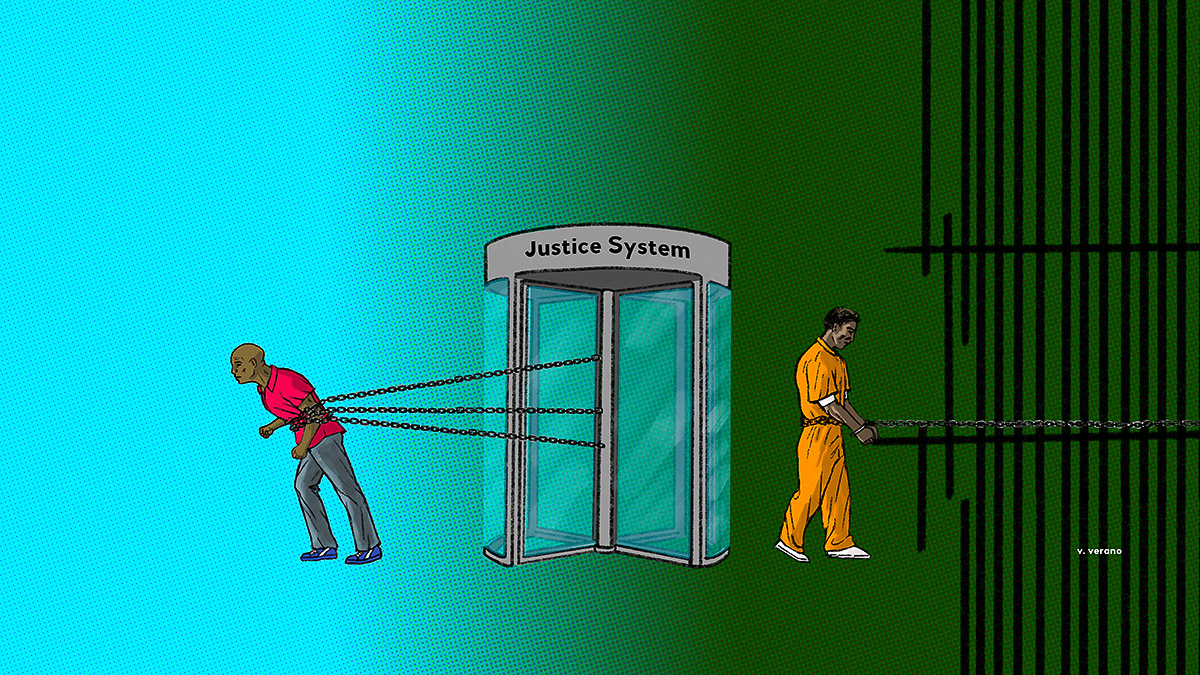 NOTICE | Yes, mercy can co-exist with accountability in our justice system

(This article is co-published with the Seattle Times.)

I still remember the humanity of William Tolliver even as he will soon be tried for inhumane.

Tolliver, along with Marchesa Tolbert, is charged with first-degree murder in a January 2020 shooting in downtown Seattle that left Tanya Jackson dead and six others injured. Some are still healing from gunshot wounds sustained that day.

Tolbert’s trial is ongoing. Tolliver will follow soon after.

Both aged 24 when arrested, they pleaded not guilty and no verdict was returned. But the carnage captured on video, the eyewitness testimony and our city’s zeal for tackling crime has sparked a public zest for punishment.

I’ve heard Tolliver called a murderer, a gang member, and a monster before. I don’t know if he’s one of those things, but I know he’s human.

I have written before about my memories of Tolliver, a child when my family always thought he was more deserving than the environment offered him. I remember his nasal laughter and his dreams of basketball stardom against the backdrop of an upbringing free from violence and drugs.

However, I am not interested in debating his innocence or guilt. I want to talk about humanity. Ours.

Tolliver’s potential incarceration coincides with the end of Kimonti Carter’s.

Carter, 43, was released last month after serving 25 years of what he believed was a life sentence for aggravated first-degree murder.

At 18, he killed Corey Pittman in a drive-by shooting, mistaking the former Lincoln High comeback king and aspiring lawyer for a member of a rival gang.

In the years that followed, Carter became chairman of the Black Prisoners’ Caucus (BPC); founded TEACH, a prisoner-run higher education program at Clallam Bay Corrections Center; and appeared in a documentary examining the record of our criminal justice system on black and brown communities.

While visiting Clallam Bay in 2018 for a BPC event, I saw firsthand a man who had been incarcerated alongside Carter come back and thank him for the example Carter had set. An example of how to find meaning and purpose in life when neither existed before in your life.

Carter has become a role model for those returning to communities, with the message that you are not forever defined by your worst mistake.

He never blamed anyone but himself for his predicament.

A predicament he would still find himself in were it not for the Washington State Supreme Court’s 5-4 ruling last year that the life sentences without parole imposed on those under the age of 21 were unconstitutional.

Carter was released after a reconviction hearing sent him home with time served. His supporters were happy. Others, including Pittman’s family, were not.

Pittman’s family has every right to his feelings. There is no timetable for the forgiveness of victims or survivors.

It is not their job to assess the complex web of circumstances, upbringing, social environment and generational trauma from which people are drawn.

It is not their job to fight the cycles of violence that ravage communities – taking away mentors, teachers, fathers, mothers, friends, brothers and sisters through death or incarceration.

No, it is not their job to look at a human being and a racist criminal justice system in context.

We should stop pitting their individual pain against the systemic pain inflicted by society.

Black prisoners represent more than a quarter of the prison population sentenced to life without the possibility of parole, while they represent less than 5% of the total population. In this state, this same population is almost six times more likely to be imprisoned than white Washingtonians.

Washington effectively got rid of parole in 1984 and was the first state in the nation to enact the Three Strikes Act, sentencing anyone convicted of three crimes to life in prison. At a time when experts lament belligerently against people’s “nullifications”, we have a four-decade streak of nullifying all opportunities for human growth.

This may be one of the reasons why E2SSB 5036 has been stuck in the legislature for the past two sessions. The bill would allow people with long sentences to seek a parole review from a commission made up of representatives from a variety of backgrounds, including survivors of violence, after serving 15, 20 and 25 years of sentence.

“Life without parole may seem fair at first glance, and there are people who need to stay away from society. But we can’t be motivated in our pursuit of justice by emotion,” said Waldo Waldren-Ramsey of the nonprofit racial justice advocacy organization Washington CAN, which advocated for the bill.

Not everyone incarcerated will be Carter. Not everyone will demonstrate the value of a second chance.

This is not the subject. For the skeptics, I’m not asking for the guarantee of a second chance, just the consideration of it. I look at Tolliver and ask, “Why restrict someone’s hope of life, especially if they have rarely lived it?”

Our state, like our country, punishes well. It hurts the redemption pretty badly.

For those who accept the punishment, I ask you this:

When does someone cease to be worthy of consideration as a human being?

When do you stop taking into account everything that made someone who they are?

When do we allow an act of inhumanity to cause us to adopt inhumane policies?

And by enacting them and tolerating them, how can we not ourselves erode our humanity?

Whatever your answer, I hope you can live with it.

The South Seattle Emerald is committed to maintaining space for a variety of viewpoints within our community, with the understanding that differing viewpoints do not negate mutual respect among community members.

Marcus Harrison Green is the publisher of the South Seattle Emerald. Growing up in South Seattle, he experienced first-hand the impact of one-dimensional stories on marginalized communities, which taught him the value of authentic storytelling. After an unsatisfying stint in the world of investing in his twenties, Marcus returned to his community with a new purpose of telling stories with nuance, complexity and multidimensionality in hopes of advancing social change. . This led him to become a writer and found the South Seattle Emerald. He was named one of Seattle’s Most Influential People by Seattle Magazine in 2016 and was awarded the 2020 Individual Human Rights Leader by the Seattle Commission on Human Rights.