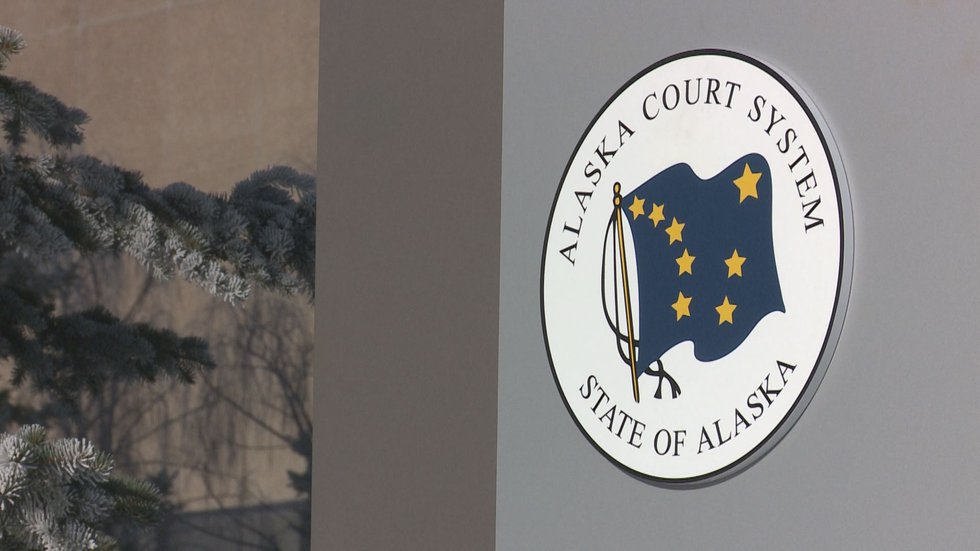 ANCHORAGE, Alaska (KTUU) – In March 2020, the novel coronavirus pandemic upended life as people knew it, at least temporarily. In Alaska’s court system, an already growing backlog of cases has been exacerbated by delayed proceedings, suspended trials and the difficulty for attorneys to access their clients.

A look at the past four years of Alaska court system data shows that between January 1, 2020 and January 1, 2021, more than 5,000 additional criminal cases were still pending. But the pandemic is not the whole story. Pending cases had been on the rise since at least 2018.

“What we saw over those years was that there was a progression of more and more cases that were ‘on hold’ or awaiting jury trial or resolution” said John Skidmore, assistant attorney general for the Alaska Department’s Criminal Division. Law. “This increase was happening before the pandemic, but it has continued throughout the pandemic and has increased more than it should be at this time.”

In March 2020, jury trials stopped. Judge Catherine Easter, who oversees Anchorage-based criminal judges, says she and other members of the judiciary were out of state during spring break when COVID-19 hit Alaska, and some something needed to be changed, quickly. She returned from her trip, quarantined for 14 days as recommended at the time, and then got back to work.

“When I first came back, we were still bringing in 20 to 40 people from prison at a time. I put a stop to that, obviously it wasn’t safe because of where we were at the time,” Easter said in an interview in February.

Criminal proceedings have largely shifted to a telephone platform, a huge technological hurdle and learning curve for the court system and the Alaska Department of Corrections. Even a year later, it’s still not perfect, Easter said.

“We still hold our block hearings by phone, and it’s difficult,” she said. “There are times when you wait for inmates to be brought to the phone.”

At a recent arraignment hearing, the Alaska news source called, half a dozen or more inmates were involved, passing the phone to each other or calling themselves the next defendant in the background .

In addition to going to the phone for numerous hearings, the Alaskan court system suspended jury trials for months. From March 16, 2020 to November 2, 2020, all jury trials have been suspended. Misdemeanor trials have been allowed to resume, but some jurisdictions have implemented restrictions based on their local pandemic risk levels. While lawyers were allowed to ask a judge for a jury trial, few did.

The delay in criminal proceedings can bear on victims of crime, said Victoria Shanklin, executive director of Victims for Justice, a nonprofit group that advocates for victims of violent crime.

“We operate in a system where there were already a number of court delays. Before COVID, we already had a backlog, so that didn’t help at all,” Shanklin told Alaska’s News Source.

“It doesn’t allow people to love or move forward or feel like something has been shut down or feel like there’s been any kind of justice involved.”

Postponing a trial date and extending hearings can prevent victims from moving on.

“It’s continually postponed, hearing after hearing after hearing, which triggers again for the victims. It doesn’t allow people to love or move forward or feel like something has been shut down or there’s been any kind of justice involved,” Shanklin said. “It’s just one more continuation and every time you get that alert you’re re-traumatized or re-triggered.”

Skidmore, a prosecutor, says his office has heard from victims who have expressed frustration at a stalled case.

“That’s absolutely fair,” he told Alaska’s News Source. “They’re upset that something horrible happened to them, and they can’t get resolution on anything.”

For Skidmore, resuming and moving the trials — which began again on June 1, 2021 — is the biggest piece of the puzzle in getting justice moving again. However, jury trials alone will not resolve cases quickly.

“Even though the vast majority, 95% of cases will be resolved by plea bargain, it is difficult to resolve cases with a plea without the imminent possibility of a trial,” Skidmore said.

Of the cases resolved each year from 2018 to 2021, the Alaska news source found that between 42% and 53% of criminal lawsuits were resolved by plea agreement. They also went down during the pandemic. 2020 saw the biggest drop of all types of case resolutions, with a slight uptick again in 2021.

Easter agrees with Skidmore, saying trials alone won’t erase the backlog of cases, but other factors besides trials and plea deals are also at play.

Staff turnover in the judiciary, the prosecutor’s office and among defense lawyers is also problematic.

“If someone leaves, you can’t expect a new lawyer to be on trial in a few months for an unclassified or (class) A felony,” Easter said.

Skidmore agreed, saying prosecutors and defense attorneys were seeing staff turnover and the suspension of trials had made it difficult for new attorneys to gain experience.

“Both of us have groups of employees who have come in, new attorneys, who have never been tried,” Skidmore told Alaska’s News Source. “For two years, they have not been judged. It’s a long time.”

Skidmore said it usually takes a prosecutor about two years to catch up, and a two-year backlog in cases pushed that back.

“If they haven’t had a trial in two years, they’re not close to really realizing their potential,” he said. “I think that goes for defense as well.”

“It’s going to be exhausting for everyone involved.”

Skidmore says he’s focused on recruiting and retaining prosecutors, and being smarter about picking cases to prosecute, advancing cases with strong evidence and who will deserve the resources to handle them.

“We’ve probably tightened the tap a bit on the number of cases coming into the system,” he said.

Easter says she and her staff are reviewing long-outstanding cases and reaching out to prosecutors and defense attorneys to get them moving again.