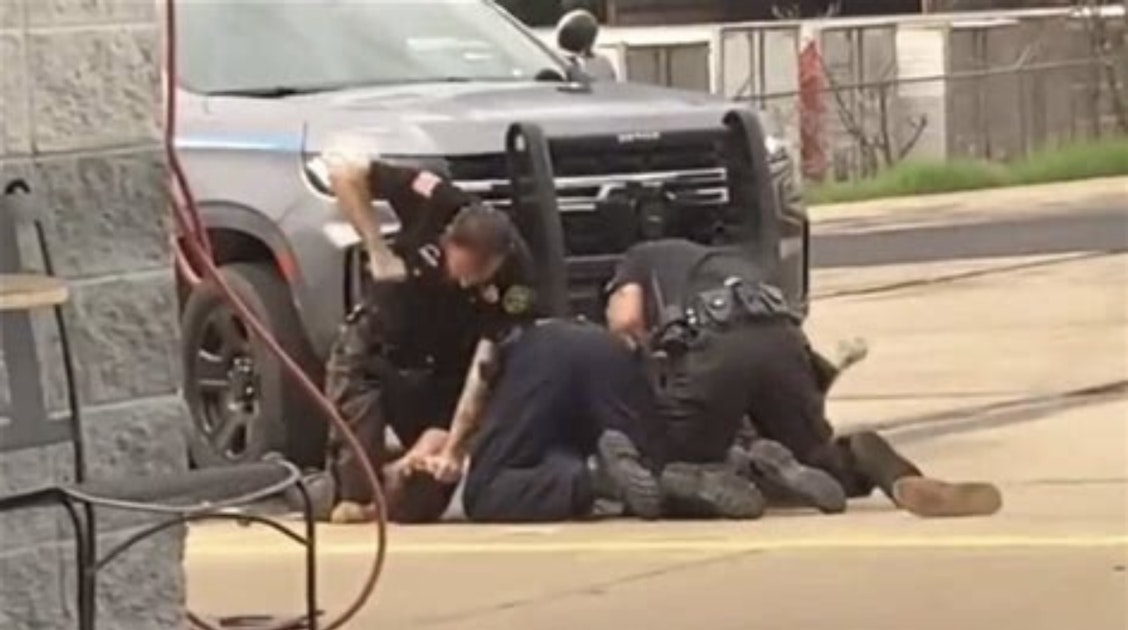 Rule of law, rule of crime

I have to remind myself from time to time that there are still people who think that government and crime are pretty much opposites. More government, less crime, that’s the vague idea in most people’s barely functioning brains.

In the real world, amateur video captures two county deputies and a Mulberry, Arkansas police officer beating a pinned down suspect outside a convenience store and suddenly stopping when they realize they are being taped, knowing they were doing something bad thing. Imagine what they and countless government-employed cops do when you’re not looking. Use common sense and extrapolate.

It will not be shocking if the murder bombing of Darya Dugina, 29-year-old daughter of Russian nationalist philosopher Aleksandr Dugin, turns out itself to have been planned or condoned by the government, with Ukrainian terrorists being the prime suspects. more obvious.

But then, we hate jumping to conclusions. NATO critics have also seen their cars explode from time to time – as was perhaps the case of troublesome journalist Michael Hastings, who died in a car that had been turned into a fireball several years ago in Los Angeles after clashed with various parts of the military-industrial industry. complex. His widow initially said she thought it was murder, then changed her tune and said it might actually have been a car accident caused by the dope.

Maybe. Again, the establishment would rather see defenders of the military-industrial complex suppress the crimes of others than see the establishment’s own crimes exposed. I predict that history will not look kindly on the recent bizarre sight of the Cheney dynasty, of all families, hailed by liberals as courageous and principled crime fighters.

But then, the real crime in Washington, DC, they say, is what’s legal. And what is legal at this point is a gigantic, inhuman amalgamation of rules spawned by both the liberal tradition and the conservative tradition, both of which perhaps deserve to end now. They look more like massive and continuous attacks on the population than systems to defend ourselves – that is, they have become organized crime, albeit a crime that imposes many more rules on the victims than the mafia.

As I’ve asked many times before, can you blame someone like Alex Jones for fearing the government is orchestrating or faking something like the Sandy Hook school shooting? The government can’t constantly abuse us and then act shocked when some of us get paranoid.

At times, the government’s pattern of apparent kindness punctuated by sudden acts of baffling cruelty – a strangely effective conditioning tactic favored by cult leaders from Tom Cruise to Donald Trump – backfires and even drives members of the government itself even to retaliate, as with Trump’s current resistance to FBI investigation after the raid on his home, a raid that has been criticized as a banana republic tactic, interestingly, not just by Trump’s fellow Republicans, but by two of his fellow New Yorkers from other parties: Andrews Yang and Cuomo, respectively of the Advanced and Democratic parties.

Do they know things from years of watching authorities operate in New York that make them reluctant to take Attorney General Merrick Garland’s word for anything?

If they’ve felt undercut by the feds, they’re not that unusual. Bloomberg reports that about one percent of the American population has had their electronic communications searched without a warrant by the FBI in a single year, so contrary to what you’re told, they don’t shy away from carrying out home invasions, whether specific or not. the raid on Trump was deserved.

And as the right finally begins (for the most partisan and self-serving reasons, of course) to have doubts about this vast intrusive apparatus, the liberal establishment is learning more and more to rationalize vast police powers as necessary to maintain social order and the alleged integrity of government itself.

Yet you know that these same increasingly tense liberals have a soft spot for certain types of crime. It’s not just the riots of recent years either. Watch, say, the whitewashing of serial killer Aileen Wuornos in Patty Jenkins’ biopic about her (which landed Jenkins the chance to direct Wonder Woman), with the invention of a sympathetic but fictional lover who embodies the resistance to societal bigotry and is about half the story.

I don’t plan on seeing the new movie The Menu, about aristocrats eating their dinner guests, since it was co-produced by Adam McKay, and I think I’ve endured his brutal attacks on the right or the capitalism for a living, but I’m sure no matter how many layers of irony it’s wrapped in, it’ll be more proof that Hollywood loves crime with a slightly Marxist message. Either cannibals will eat innocent people because cannibals are aligned with the ruling class, in which case you should hate them, or cannibals will subvert the ruling class by eating them, in which case you’re supposed to think cannibals are naughty but rather fun. You know those are your only two political options in an Adam McKay depiction of crime.

Meanwhile, the government eats away at billions of victims through taxation and regulation while actor Ezra Miller, whom I wrote about recently, takes a reluctant break from his crime spree, like countless celebrities before him who went to rehab between fistfights, to get advice and help Warner The Brothers salvage publicity around next year’s Flash movie, which appears to have survived the recent major project elimination questionable superheroes in this studio.

At least its main character is still fighting crime. This makes the Flash wiser than Ezra Miller. This does not make Flash a government. Ezra Miller, like a Reverse-Flash, is a threat, as is the government. The film’s co-writer Grant Morrison is essentially an anarchist – and a self-proclaimed chaos magician – so he can understand the real moral valences at work here and in the world at large and even convey them to the screen. We’ll find out next year, perhaps just before the entire DC Comics/Warner Bros. Cinematic Universe. falls apart amid its current redesign and cuts.

You don’t have to obey the government or attack your fellow man to be a free person. Do not be slaver or slave, predator or prey, fascist or thug, cannibal who eats the poor or cannibal who eats entrepreneurs. The law is so much simpler if we only aim to leave ourselves alone.