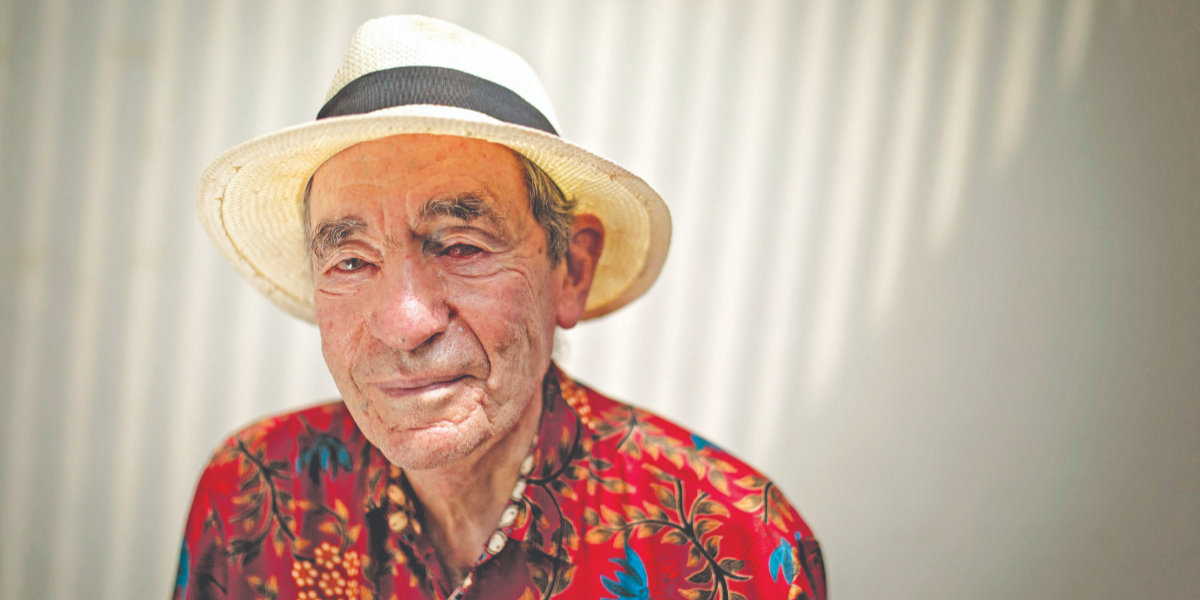 THE CAP – Even after the riots that rocked South Africa last year, anti-apartheid hero and former top judge Albie Sachs believes the progressive constitution he helped draft will protect the country.

He is not naive about the challenges facing his admittedly flawed nation. But at 87, he has crossed the arc of history enough to see the turn toward justice.

In 1988, two years before Nelson Mandela was released from prison, he lost an arm and the use of an eye when South Africa’s white supremacist regime staged a car bomb attack on him in Mozambique. next to. He was in exile there with other members of the African National Congress.

After Mandela was elected to become South Africa’s first black president in 1994, he quit the ANC in order to gain access to the country’s highest constitutional court. “I’m not politically active, but the values ​​I was fighting for are enshrined in the constitution,” he said.

As a young law student in the 1950s, Sachs enjoyed visiting Mandela and Oliver Tambo in Johannesburg, where they had established the country’s first black law firm.

They offered the white Jewish boy who showed up at their door tea with their ideas, he recalls.

Today, the courts that Sachs helped create are regularly attacked, especially by former President Jacob Zuma and his supporters.

When Zuma refused to testify before an anti-corruption panel last year, the constitutional court sent him to jail. Anger from Zuma supporters sparked the July riots that left more than 350 people dead, in the deadliest unrest of the Democratic era.

Still, Sachs thinks the courts can withstand such pressure. “The judiciary is very strong,” he told AFP from his sunny home in Cape Town.

He had stayed up late the night before working on a manuscript, then rose early for a morning swim in the cold blue waters of the nearby Atlantic.

He slipped away to make coffee, but quickly returned to resume his defense of the constitution.

“The whole parliament was involved in creating the constitution – the main core of people who had been inside the apartheid resistance, in exile,” he said. “He represents freedom and social justice. Non-racism and non-sexism are fundamental principles.

From the start, Sachs said the ANC wanted to guard against the pitfalls of corruption seen in other newly independent African countries. Instead of dividing power between blacks and whites, the constitution extended rights and freedoms to all equally, allowing the public to challenge the government and hold the authorities to account.

Sachs recalled broad public support for the Constitutional Court’s order asking Zuma to repay the millions of taxpayer dollars he spent on his campaign property. “I was running to catch a plane and a big, burly black man stopped me, hugged me and said thank you, thank you,” Sachs recalled.

“I told him it wasn’t me. I had left the court years ago, but he identified me with the court.

In its early years, the court even ruled against Mandela himself, reversing his use of presidential proclamations to speed up the transition process.

“He ruled against Mandela early on, saying the president can’t pass the law” by proclamation, Sachs said. Mandela immediately accepted the decision.

For South African democracy, “this day is as important as the day we all first voted” in April 1994, Sachs said.

Mandela’s successor, Thabo Mbeki, was not spared the wrath of the court. He ordered his government, which had once refused to deploy antiretroviral drugs, to provide the lifesaving drug for free. But despite all the progress, South Africa is still beset with glaring problems, noted the retired judge.

“But we are an open country where people express themselves. We are not afraid. We are very aware of our rights.