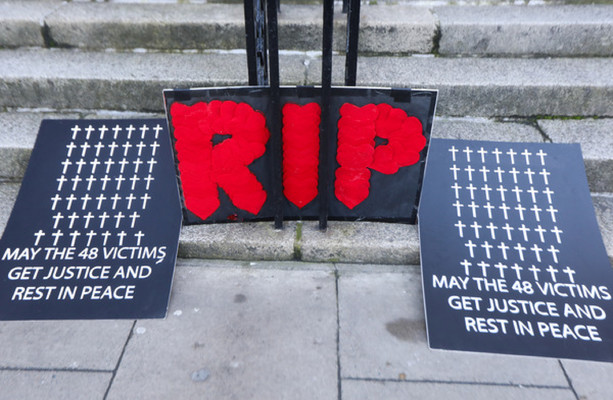 A CHIEF CORONER has said further inquests into the Stardust fire tragedy, where 48 youngsters were killed, could begin as early as September.

She said one of the main obstacles to launching the investigation was currently the pending judicial review brought by Eamon Butterly, the former manager of the Stardust nightclub.

It comes after Butterly requested a ruling to rule out a possible unlawful killing verdict at a previous pre-inquest hearing, which was later denied by Cullinane.

There were 48 people killed and more than 200 people injured in a fire at the Stardust nightclub on February 14, 1981.

The judicial review was lodged in the High Court by O’Scanail and Company Solicitors. Butterly’s legal team, late February.

Cullinane also said current legislation regarding jury selection, which would allow an inquest jury to be selected the same way as a typical court jury, is also preventing inquests from starting.

The legislation, introduced by Sinn Féin Senator Lynn Boylan, has not met government opposition, with Justice Minister Helen McEntee considering amendments to create a ‘special provision’ for jury selection for the Stardust survey.

Cullinane said pre-inquest hearings are at an “advanced stage” and once the judicial review and jury selection legislation is resolved, she will be able to begin the inquests.

However, he said he was of the view that the investigation could be opened while the judicial review was ongoing, as no injunction was sought.

Mackin added that it was “crucial” that a date for the start of the investigation be proposed.

He said the plan to start in September would be welcomed by the families of those who died in the Stardust tragedy.

The question surrounding the location of the inquest was also mentioned by Cullinane, who said she expected the next pre-inquest hearing to be held in the Pillar Room at Rotunda Hospital.

Yesterday Boylan raised concerns about the location of the pre-inquest hearings, which were recently held at Coroners Court on Store Street instead of the Pillar Room.

Cullinane said pre-inquest hearings were not heard in the pillar room because no court was established there.

Mackin said the current Store Street location had traumatic memories for families as many had to identify the remains of the deceased following the Stardust tragedy.