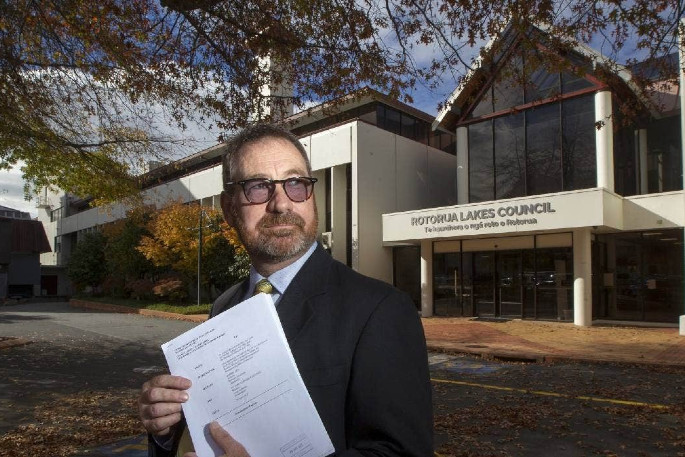 The Rotorua Lakes Council has said it will pursue charges for what it describes as an “ill-conceived” judicial review case launched and now withdrawn by election candidate Robert Lee.

The action has so far cost the Rotorua Council of Lakes nearly $150,000.

Lee says he was disappointed that it was necessary to withdraw his lawsuit and that he will appeal to “the highest court in the land – the court of public opinion”.

Rotorua Mayor Steve Chadwick said the case was, in his view, a “political stunt” – a claim Lee denies – which had caused “harm”.

Lee’s initial claim challenged council’s Nov. 19 decisions to agree on an ideal representation model and to pursue a local bill to change the district’s representation rules.

The bill sought to have a pattern with the same number of seats in Maori and general wards for local elections in October and beyond.

The council suspended the bill in April after Labor party support collapsed following a ruling by the attorney general that it would discriminate against voters on the General List.

The Rotorua Lakes Council has suspended a local bill to change council representation rules for the district.

Court documents seen by Local Democracy Reporting show that attorneys for the attorney general said on June 10 that there were “serious questions” about the courts’ jurisdiction to hear Lee’s claim, due to the law on parliamentary privileges and relevant case law.

The Attorney General’s memorandum said there was “constitutional and public importance to the principle of non-interference in parliamentary proceedings”.

In another court filing dated July 21, Judge Paul Davison said counsel for the attorney general indicated the issues raised would affect all causes of action in the case and, if resolved in favor of the attorney general, “would dispose of the request for a judicial review”.

Judge Davison ruled that those issues should be resolved before a substantive judicial review hearing, which was scheduled for Aug. 4, according to the document.

“I am satisfied that until the issues relating to parliamentary privilege are heard and determined, it would be ineffective for the court to embark on the judicial review hearing.”

Judge Davison also said the parties may wish to review the positions on the fee guarantee, which at the time was $15,000. The Attorney-General’s involvement was on a ‘cost-neutral basis’, where he would not seek or be liable for any fees.

The August 4 date was then restricted to issues raised by the Attorney General, with judicial review postponed pending a ruling on questions of parliamentary privilege.

The council had until July 29 to gather its papers for the August 4 hearing, and Lee until August 2 to submit his in response to the council and the attorney general.

On July 26, Lee responded in a memo saying the timeline was “unreasonable and unworkable” and he believed the court should “take responsibility for sitting on its hands” from June 10 when the attorney general indicated its intention to intervene in the case.

He said the court should have given notice of any “intent to cancel” the substantive hearing.

“I am a self-represented litigant, not a constitutional attorney.

“I recognize that this is not an area in which I have any expertise. It is therefore unreasonable to expect me to respond to new and “complex” constitutional arguments in just two business days.”

He said the court should have appointed an amicus curiae – friend of the court – to represent his interests. 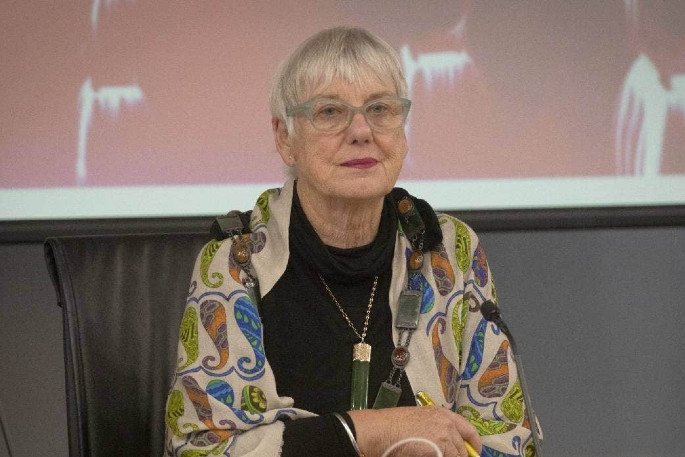 An amicus curiae can provide information and submissions on a particular area of ​​law or advance legal arguments on behalf of an unrepresented party.

He said he believed ‘no-notice intervention’ was ‘mortally damaging’ to his case and therefore had ‘little choice but to withdraw it’.

Lee’s memo said council counsel had filed a security claim for the $28,500 fee.

He argued the new timetable meant his case ‘may be moot’ by the time the substantive hearing takes place, as by then the council’s Local Bill could have been withdrawn by Parliament and local elections over.

“The harm done to my case is now irreparable and is not attributable to any fault on my part.”

The memo said the costs should “stay where they are.”

It was, she said, “orchestrated by disgruntled individuals who must now be held to account and pay the price for the harm they have caused to myself and other councillors.”

She said the council was forced to respond to the action and it was, in her opinion, a “sad waste of staff and elected officials’ time.”

Chadwick’s comments followed a council statement last Thursday that it would pursue the charges after Lee withdrew the judicial review application.

The board confirmed in an explanatory statement that it has incurred costs of approximately $148,350 to date.

A council spokeswoman confirmed that it would be the court’s decision to determine whether Lee should pay the costs and if so, how much.

In the statement, the council’s chief executive, Geoff Williams, said the council was still concerned that the claim was, in its view, “ill-conceived and would fail”, but that the council would nonetheless incur significant costs to defend her.

“That is why we had asked Mr. Lee to pay a sum of costs to the court as security for at least part of the costs incurred.” 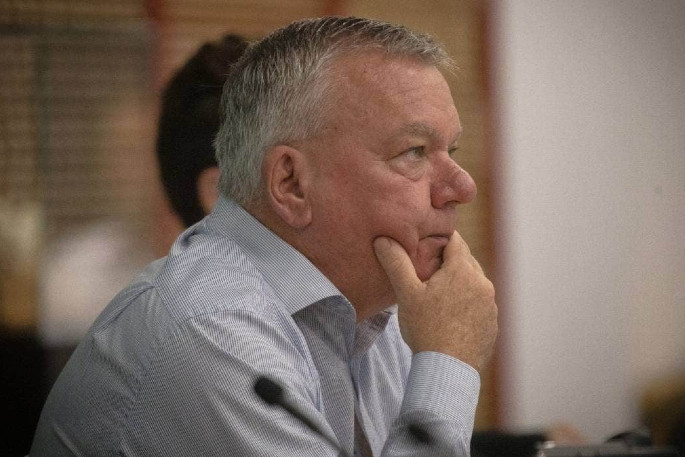 He said the board was always cautious when considering legal action, but he had been forced into a “serious legal situation” by Lee’s legal action and had to respond.

“We have a responsibility to the residents and ratepayers of Rotorua to pursue recovery of at least some of the costs the council was forced to incur through the now withdrawn judicial review of Mr Lee.

“It is always disappointing to incur costs beyond our control. However, it remains important that [the] the board responds to any legal challenge appropriately in terms of law and prudence.

“We have always been of the view that Mr. Lee’s case … contained inaccurate allegations.”

He said council had asked his lawyer to deny Lee’s request to have the charges stay where they were and were now awaiting the judge’s decision, which was not expected until September.

The board’s statement claimed that Lee accused the board of predetermination in its decision-making during its review of representation earlier this year and “in doing so, accused some elected members of bias and/or biases.” conflicts of interest to Maori and iwi stakeholders and beneficiaries in Rotorua.”.

“After months of preparation, including the filing of an interim injunction by Mr. Lee which was also withdrawn earlier, Mr. Lee withdrew his appeal citing that the process had proven to be too difficult.”

In response, Lee told Local Democracy Reporting that in his view the council had “no real concern for the costs incurred by the ratepayers of Rotorua” in relation to the proceedings.

He considered the council’s costs “exorbitant.”

He said he believed the council’s statement was “misleading” because it omitted that he withdrew after the court “cancelled” the substantive hearing.

Court documents show that the substantive hearing was postponed to allow questions of parliamentary privilege to be resolved.

“It is also misleading to say that I quoted ‘the process turned out to be too difficult.’ This is a complete fabrication. I was ready for the trial and very eager for it to continue. I initiated this procedure in the public interest to ensure that Rotorua would continue to hold free and democratic elections, which has been done for at least 2022. 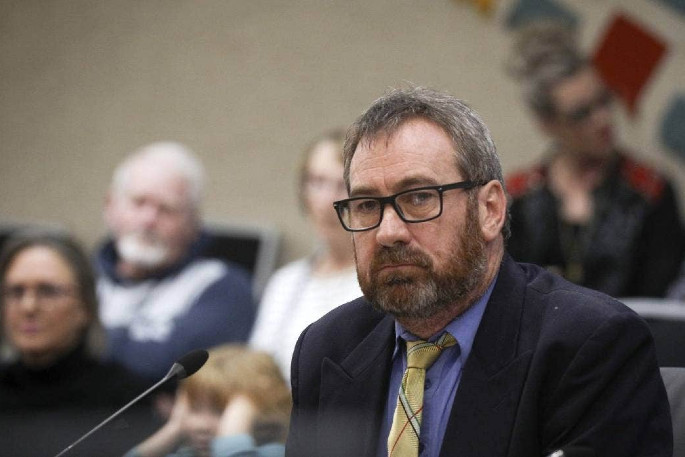 In response to Chadwick, Lee said he was disappointed that it “became necessary to withdraw the judicial review” and believed the evidence against the council was “overwhelming and indefensible”.

He believed the council had ‘predetermined’ its decisions on the local bill and review of representation in ‘secret elected workshops’ and that would have been ‘enough for the court to overturn the council’s decision’ . [November 19] decision”.

“Justice was delayed and therefore denied. It was not a political stunt. It was a person who opposed [the] advice.”

He wanted the council to withdraw the suspended bill from parliament and reconsider its partnership agreement with Te Tatau O Te Arawa.

He said he would appeal to the “court of public opinion” when he stands for a council seat in local elections in October.

Lee was asked if he thought he was able to pay the ordered fee and how much he had raised to support the lawsuit. He said he expected to “seek the court for reimbursement of their costs as well as an order that all costs incurred by the parties remain where they are.”

“I received donations from people who supported this process, but how much I received is a private matter between them and me.”

He said putting himself “in financial danger” reflected how important his cause was to him.

The Department of Justice has been approached for comment.