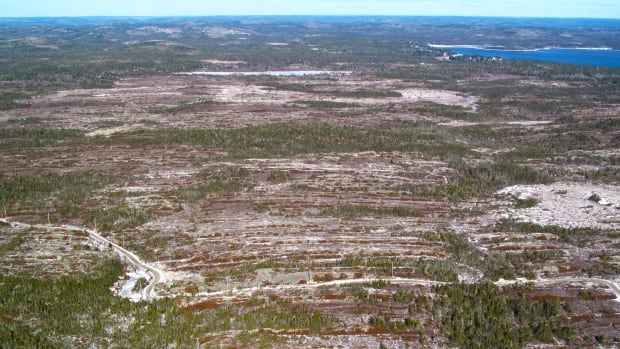 A Nova Scotia Supreme Court judge has dismissed an application for judicial review of the Liberal government’s decision to remove Owls Head from the list of Crown properties awaiting legal protection, noting that the potential sale is not not a done deal.

But Brothers said the court could not intervene because the decision of the Treasury Board and the board of directors to remove the property from the list and the firm to conclude the offer letter with the potential developers of the land was up to the legal authority of the government.

“In such circumstances, if a remedy is sought by the public, the appropriate remedy in our constitutional democracy is not in the courts, but at the ballot box,” she wrote.

Bob Bancroft and the Eastern Shore Forest Watch Association went to court in response to the provincial government removing the 285-hectare coastal property in Little Harbor from the province’s parks and protected areas plan in 2019.

The property was delisted so the government could enter into a conditional agreement to sell the land to Lighthouse Links, a development company owned by seasonal residents Beckwith and Kitty Gilbert.

The case pitted people concerned about the destruction of a globally rare ecosystem against people in favor of economic development.

The Gilberts, who own a large amount of property adjacent to Crown land, have been working behind the scenes since 2016 to buy Owls Head to advance a development that would include three golf courses, housing and tourist accommodation.

Brothers noted that its decision does not mean the land will automatically be sold.

Before the Gilberts can move forward with their plans, they must first meet the provincial government’s requirements for public engagement and consultation with First Nations, as well as other environmental assessments required by the government. Assuming the work is complete, it would then be up to the provincial cabinet to decide whether to proceed with the sale.

The land would also need to be rezoned by the Halifax Regional Municipality, which the developers’ own property assessment documents say would be a challenge. This document identifies the “highest and best use” of land for recreation or conservation.

Sale ‘depending on future events’

Brothers’ decision recognizes these remaining criteria before the land can be considered for sale.

“At this stage, the final sale of Owls Head to Lighthouse Links is dependent on future events. It is a matter of speculation. For this reason, the Minister’s decision to enter the [letter of offer] is not reviewable on substantive or procedural grounds,” she wrote in her ruling.

The plaintiffs argued that the government had a duty of fairness to inform and consult the public before delisting the property and entering into the letter of offer, a doctrine that Canadian law does not yet recognize.

Brothers ruled that to effect such a change would require “a substantial overhaul of the present law, the ramifications of which this court cannot accurately predict.”

“If the public trust doctrine is to be part of the law in Nova Scotia, this kind of substantive change must be introduced by statute, not the common law,” she said.

The company hopes to begin consultations in September

A statement on behalf of Lighthouse Links said the company is pleased with the decision and hopes to begin public engagement in September.

“We will highlight the benefits and opportunities of the project through our public outreach,” said the statement, sent via public relations firm National.

“Lighthouse Links is an exciting opportunity for the East Coast community and the Province of Nova Scotia, creating an ecotourism destination that will be an environmentally responsible source of up to 200 rural jobs. We look forward to being a positive example of sustainable development and secure rural economic growth.

Jamie Simpson, attorney for Bancroft and Eastern Shore Forest Watch, said the plaintiffs were disappointed with the outcome.

He disagreed with the idea that the ballot box was the appropriate place to address the issue.

“The ballot box is a pretty brutal tool, and a trip to the polls once every four years is just not the right way to deal with an injustice like the Owls Head situation.”

Simpson said the common law change his clients were asking for was “small” and that a situation like this is rare.

“These things don’t usually happen because most of the time the government informs people and gives them an opportunity to comment on things like protected areas and parks,” he said.

“I don’t think it would open the floodgates to litigation, contrary to what Justice Brothers has decided.”

Could return to court

In its decision, Brothers acknowledged that this may not be the last time the case has come to court.

“If, for example, cabinet were to approve the sale of Owls Head without adequate information to determine whether the proposed development is likely to disturb or destroy the habitat of a species at risk, a breach of the Species Act endangered, the respondents and the intervenor can end up here,” she wrote.

“As the government knows, there are no exceptions under the Endangered Species Act for golf courses, regardless of the economic benefits associated with them.”

Liberal Leader Iain Rankin was Minister of Lands and Forests in 2019 when Owls Head was removed from the parks and protected areas plan and the letter of offer was signed with Lighthouse Links.

He was criticized during the election campaign for allowing this process to continue even after becoming prime minister last February. During Wednesday’s leadership debate, Rankin said a process was in place to assess the project, but he would not support any proposal with long-term effects on a sensitive ecosystem.

He reiterated that stance in an interview with reporters on Friday.

“We need to follow the science here and have feedback,” he said.. “There is a process to follow here and I am very confident that we are following the right process.”