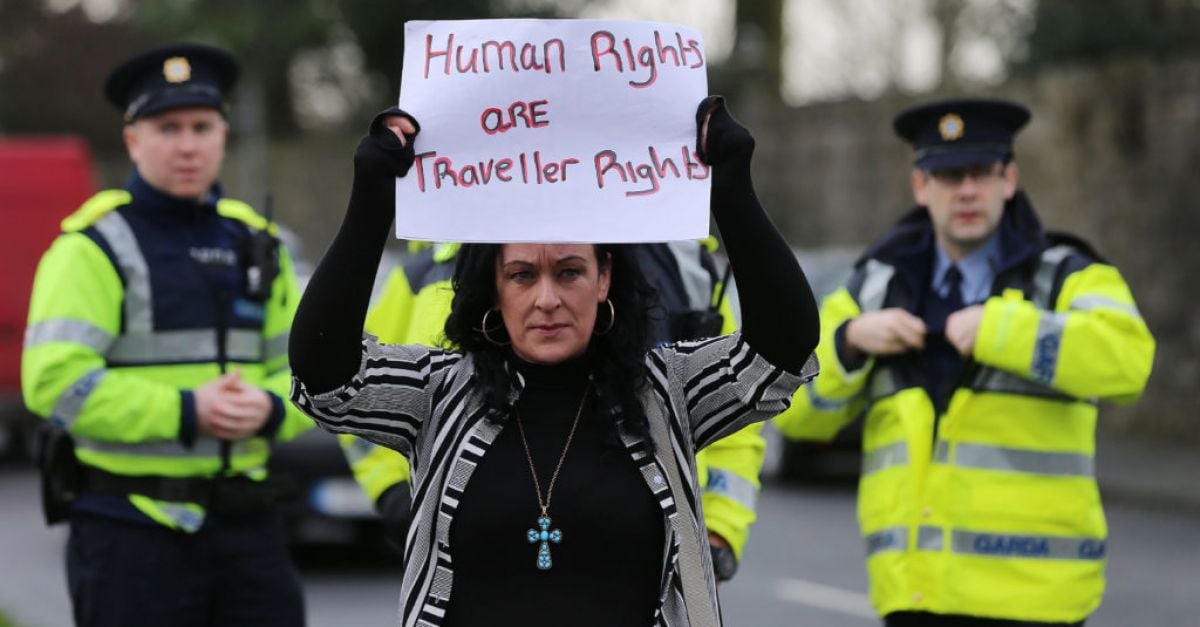 Travelers have a much lower level of trust in An Garda Síochána and the justice system than the general population, according to new research.

A study by academics from the University of Limerick has examined the relationship between Travelers and the Irish criminal justice system for the first time.

The Irish Travelers’ Access to Justice (ITAJ) report comprises a survey, interviews and focus groups, with researchers interviewing one in 100 travelers in the Republic from 25 of the 26 counties.

The study found that Travelers’ level of trust in the gardaí is around half that of the general population, while trust levels are again lower among Travelers who have been victimized. of criminal acts.

Travelers also have a significantly lower level of trust in judges than the general population in the justice system.

Half of the Travelers who responded to the ITAJ survey had been victims of criminal offenses in the five years preceding the survey, and only a fifth had been arrested during this period.

Half of those interviewed were present in a house which the gardaí entered without authorization. Asked about the last instance this happened, in only 11% of those instances was a search warrant shown to someone in that home.

Travelers interviewed for the research said they heard expressions of overt racism from gardaí and judges.

The report is the culmination of an 18-month project which Irish Human Rights and Equality Commission Chief Commissioner Sinead Gibney called a “landmark study” both in its conduct and in its findings.

It makes evidence-based recommendations for measures to improve Travelers’ ability to use the justice system to protect their rights.

Discussing the findings of the report, Ms Gibney said: “This report breaks new ground by speaking with a wide variety of Travelers nationwide about their personal experiences with our criminal justice system as victims of crime or as defendants. It is abundantly clear that the relationship between Travelers and our criminal justice system all too often starts from a point of mistrust, developed over decades.

“This report needs to be read and widely shared and used as the evidence base for reforms, to make our criminal justice system accessible to all.”

Professor Amanda Haynes from the University of Limerick said: “This report shows that Travelers do not trust the Irish criminal justice system to treat them fairly, and that their mistrust is based on personal and shared experiences of unsatisfactory and sometimes biased treatment by criminal justice professionals, as victims and suspects.

“While travelers participating in this research identified examples of excellence among police and judges, these experiences were described as the exception rather than the rule.”

Dr Sindy Joyce, Senior Lecturer in Traveler Studies in the Department of Sociology at the University of Limerick, said: “The results of this research will come as no surprise to members of the travel community, whose experiences and perceptions of the criminal justice process are unequivocally linked to both their identity as a historically nomadic community and their current status as a racialized indigenous ethnic group in Irish society.

“It is critically important that this research is used for the benefit of Travelers and to guide the criminal justice system in bringing to light the meaningful change it believes is needed.”

In response to the report, Equality Minister Roderic O’Gorman said there was a need to change the way An Garda Síochána treats Travellers.

“It’s a really stark contrast, and it’s very disturbing, everyone should have faith in our police force,” he told Newstalk Breakfast.

“We are losing our soul”: travelers call for emergency…

“We know there has been ingrained prejudice against travelers in all elements of Irish society for decades. And we see this reflected in Traveler concerns about An Garda Síochána.

“The changes that are happening in the Gardaí – both training, but also I think Gardaí members taking responsibility for diversity and inclusion issues at a higher level – are really important.

“I think we need to see a change in the approach of An Garda Síochána. I chaired the national strategy for the inclusion of travelers and Roma, which aims to combat prejudice against travelers in all elements of Irish society.