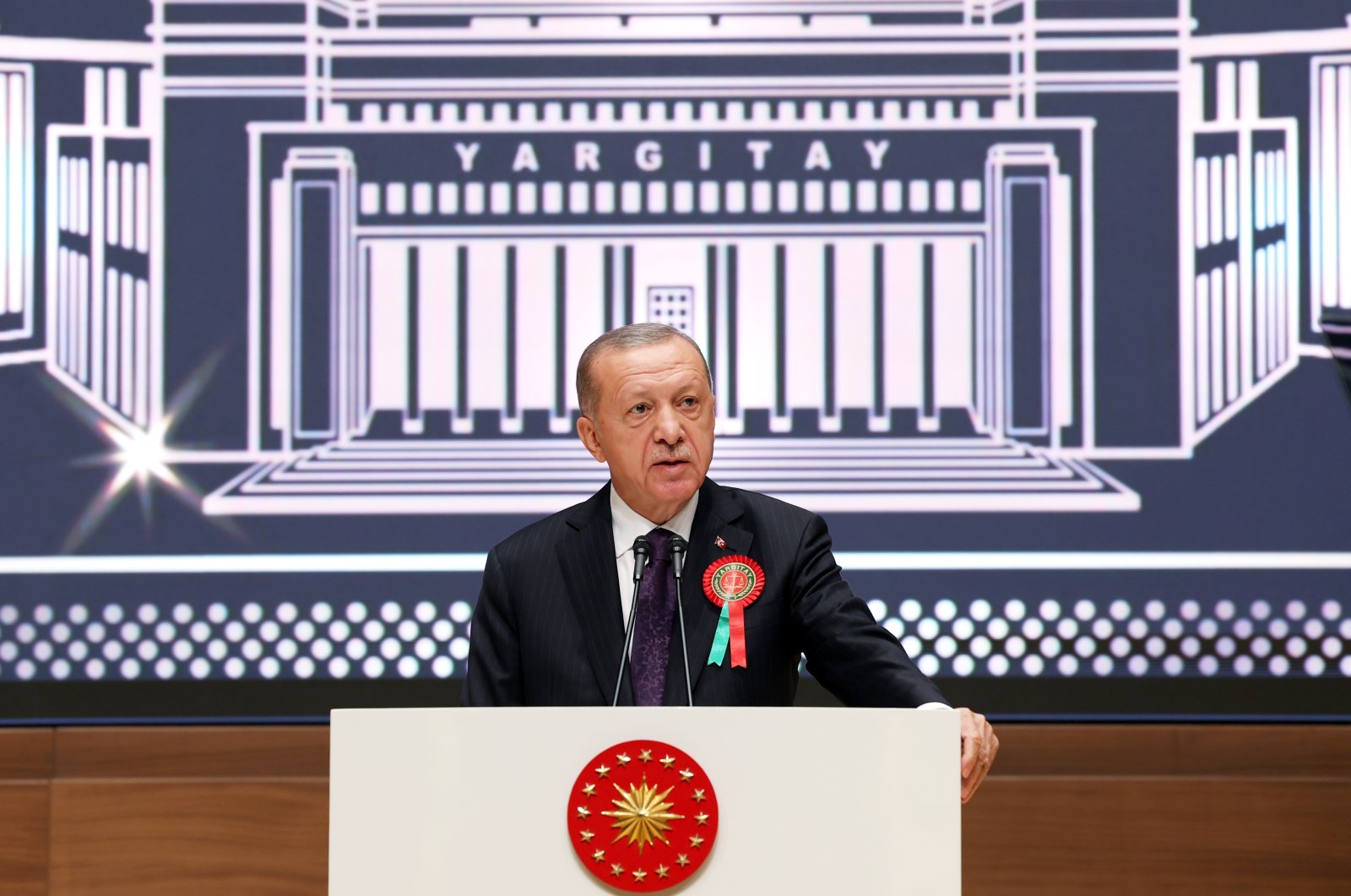 “As its Constitution indicates, Turkey is a democratic, secular and social state of law. The “rule of law”, which is the common foundation of all the characteristics of our state specified in our Constitution, is a focus of the utmost importance with historical origins. Over the past 20 years, we have carried out significant reforms to strengthen our country’s characteristic of the rule of law,” Erdoğan said during the opening ceremony of the 2022-2023 judicial year at the Supreme Court in the capital Ankara.

“At the top of our agenda is solving lawyers’ problems. We want to renew the law on lawyers. Our goal is to strengthen the right to defence.”

“We are planning to introduce ‘legal protection insurance’, known as legal insurance and which has applications in different countries, also in Turkey,” he said.

Erdoğan also spoke about efforts for a new constitution, recalling that the current constitution was drafted following a military coup in 1982.

The president wants Turkey to have a civilian-drafted constitution by 2023, coinciding with the centenary of the founding of the Republic of Turkey.

“Last year, we once again called on political parties to provide our country with a new constitution. We also did our own work and prepared a draft which served as the basis for the negotiations. Unfortunately, our call also went unanswered and we were unable to receive any concrete draft Constitution from the other parties,” he said.

Erdoğan also mentioned the functioning of the European Court of Human Rights (ECHR).

Turkey is marching towards its centenary in 2023 with the goal of a more accessible and efficient justice system. As part of this goal, Ankara announced its action plan last year. Turkey’s human rights action plan aims to strengthen the protection of rights, individual freedoms and security, judicial independence, privacy, transparency and property rights, as well as to protect vulnerable groups and to strengthen administrative and social awareness of human rights.

Ankara has created a separate unit within the Ministry of Justice to work on rights and services to be offered to all victims of crime, especially children.

The European Court of Human Rights and Ankara disagree on the decision in the case of Osman Kavala, who faces charges for the 2013 protests in Gezi Park.

Europe’s highest court has said Turkey failed to respect its ruling that Kavala was immediately released from prison.

The Strasbourg-based ECHR ruled in 2019 that Türkiye had violated Kavala’s right to liberty, saying his detention and trial against him had been used to silence him and actually send a chilling message to civil society. in Turkey. The judgment to release him immediately became final in May 2020.

The Council of Europe has launched infringement procedures against Ankara for refusing to comply with its decision.

Keep up to date with what is happening in Turkey, in its region and in the world.